Originally called the Teeter-Totter Wall, the design was conceptualized by architecture studio Rael San Fratello in collaboration with Colectivo Chopeke that made headlines worldwide soon after its installation in July 2019. Now, the project that allowed kids on either side of the US-Mexico border wall to play together through pink seesaws, is back in the spotlight. The project has been awarded the Design of the Year Award 2020 by the Design Museum.

Along with Virginia San Fratello, who was researching about the US-Mexico border since 2009, Ronald Rael – a professor of architecture at the University of Berkeley, California, and Virginia San Fratello – wanted to create a space where citizens from both sides of the border could connect. To bridge the gap between the two communities, they came up with three bright pink teeter-totters (seesaws) on the border wall at Juarez, Mexico, and El Paso, Texas.

These seesaws are influenced by various sources – the bright pink color takes inspiration from femicide memorials that pay tribute to women who were murdered in the Ciudad Juarez. This design also takes a cue from satirical cartoons. According to the designers, they wanted to talk about the polarizing border issues in a frank yet humorous way.

The project beat around 73 other nominees to the design award, including Banksy’s stab-proof vest for Stormzy’s Glastonbury performance and the COVID-19 illustration. However, Dan Higgins and Alissa Eckert grabbed the graphic design of the year award in the graphics category for creating a 3D rendering of the coronavirus particle.

The Design Museum is currently closed due to lockdown in the UK. However, an exhibition showcasing the 2020 Designs of the Year will be on view until at least 28 March 2021. 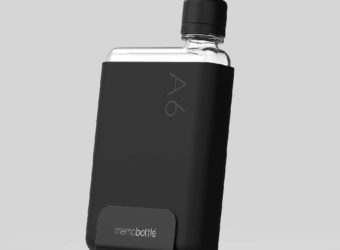