Every year, Time Magazine announces its person of the year. While the title is still awaited, the renowned magazine has revealed the name of its first-ever Kid of the Year.

This year, Time has given recognition to various extraordinary young leaders who are doing their bit to make a positive impact in their communities. Among these young leaders is a 15-year-old Indian-American kid, Gitanjali Rao.

Rao, who has been featured on the newest edition of the Time magazine, was picked from a poll of more than 5,000 nominees. In an interview with actor and activist Angelina Jolie, the Colorado-based teenage inventor spoke about her innovations and shared a message for other young people,

The ingenious young scientist makes use of technology for solving certain issues she is passionate about such as cyberbullying and Opioid addiction and cyberbullying.

This is not the first time Rao has been acknowledged for her work. In 2017, she won  Discovery Education 3M Young Scientist Challenge for creating a device called ‘Tethys’ that used carbon nanotube sensors for identifying lead in water in concern to the water crisis in Flint, Michigan.

Later, she even teamed up with a team of scientists in the water industry for releasing her device in the market. She was also named ‘America’s Top Young Scientist’ for this invention. In 2019, she bagged a spot on Forbes’ prestigious 30 under 30 list for the same invention.

In her interview with Time Magazine, she said,

“I don’t look like your typical scientist. Everything I see on TV is that it’s an older, usually white man as a scientist. My goal has really shifted not only from creating my own devices to solve the world’s problems, but inspiring others to do the same as well. Because, from personal experience, it’s not easy when you don’t see anyone else like you.”

Rao will be featured on the December 14, 2020 cover of Time Magazine. How Much Money Do Big Tech Companies Make Every Minute? 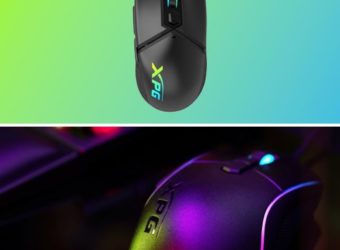