Have you faced the situation when you’re playing your favorite video game and toddlers show up asking for the console? But you don’t want to give them the console, as you’re playing your best at that time, or you’re worried that the little one might gnaw the game controller. In this situation, you need silicone game controller teether toy by BabyGlitch.

Branding as “the world’s first baby brand dedicated to gamers, by gamers,” the BabyGlitch team has created these BPA-free silicone based video game controllers for your kids (aged 3+ months old to 4-years-old).

To be extra safe, these replicas of Nintendo, Xbox, and PlayStation controllers are created using BPA-free silicone. This means that you don’t have to stress about your kids chewing them.

This project by a couple, Seth and Mishelle Bruce, is currently being funded via a campaign on Kickstarter. According to Seth, being a father to a toddle, the toy choices are very common — either a stuffed toy or plastic toys. So, he decided to create something different for gamer parents and future gamer kids.

That’s how the idea for creating these silicone consoles came to his mind.  The BabyGlitch gaming remote controller is also a fidget toy and can help kids and adults who have problem of fidgeting.

When I can buy BabyGlitch toy?

BabyGlitch is now running a Kickstarter campaign to crowd-fund and mass-produce this new product. If you want to support their initiative, you can back the campaign on the crowdfunding website.

According to us, it is a novel concept for gamer parents and their kids. Even though these are not playable controllers, they appear realistic. Plus, it enables your young ones to start participating with their mom, dad, or elder sibling is playing their real game. 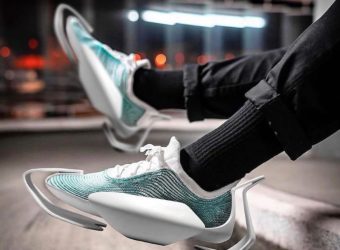